Inspired by the 2005 Paris riots led by North African youth, Communique No 10 is set in a slightly futuristic megalopolis, surrounded by a wasteland where refugees and rebels seek refuge and violence has broken out. A young man was killed in a parking lot by a security guard who is now on the run, while the brother of the victim does not want the crime to be left unpunished. Built like a puzzle, Gallet’s play is neither a strictly realistic piece, nor a thriller, nor a hallucinated vision, but all three at the same time. His complex characters seek to take control over written destinies, to act on their lives without succumbing to the weight of the past, or the constraints imposed by society.

Damien, the security guard, is just as lost as Anne, the rebel, or as the eerie band of child warriors whose jokes punctuate the dangerous course of events—including riots, rebellion, and resistance.In the words of the enigmatic figure of the old man: “It is not the dead who must be avenged, but the living, who remain, and that the dead regret.”

Born in 1981, Samuel Gallet graduated from the Creative Writing Department of the ENSATT school in 2003, after studying literature and theater in Paris. He is a member of the “Cooperative d’ecriture”, a group founded by thirteen playwrights, under the impulsion of Fabrice Melquiot. In 2007, he joined the “Third Bureau”, a new initiative bringing together authors, dramaturgs, and patrons around new theatrical writing. In 2008, he was in residency at the CEAD in Montreal. In 2008-2009, Samuel was the author in residency at the Lardenois theater company. His plays have been staged by Philippe Delaigue, Marie-Pierre Bésanger, William Delaveau, Laurence Such, Celine Dely, Frédéric Andrau, Kheireddine Lardjam, and Oswald by night, his rock poem, has become a concert animated by Baptiste Tanne and Melissa Acchiardi. Encore un jour sans made it to final round of the Grand Prix de Litterature Dramatique, in 2009, and is the subject of two stagings for the 2011-2012 season.

Three of his plays have been broadcasted on the France Culture radio station. Communique #10 is the recipient of the Lyon’s Theatre Days in 2010, and will be staged by Jean-Philippe Albizzati. In July 2010, he participated in the International Summer Workshop in Barcelona (organized by the Sala Beckett) in which he wrote Fissures, translated into Catalan. He is currently working on Les enfants atomiques, a piece that he will bring to the stage at the Theatre du Préau de Vire (Normandy) in May 2012. Autopsie du Gibier (2006), Encore un jour sans (2007), Communiqué n°10 (2011) have all been published by Editions 34. samuelgallet.theatre-contemporain.net

Translator Rob Melrose is the Artistic Director of The Cutting Ball Theater in San Francisco, CA. He has translated several plays from the French in addition to his work as a director at The Public Theater, The Guthrie Theater, The Oregon Shakespeaere Festival, and others. 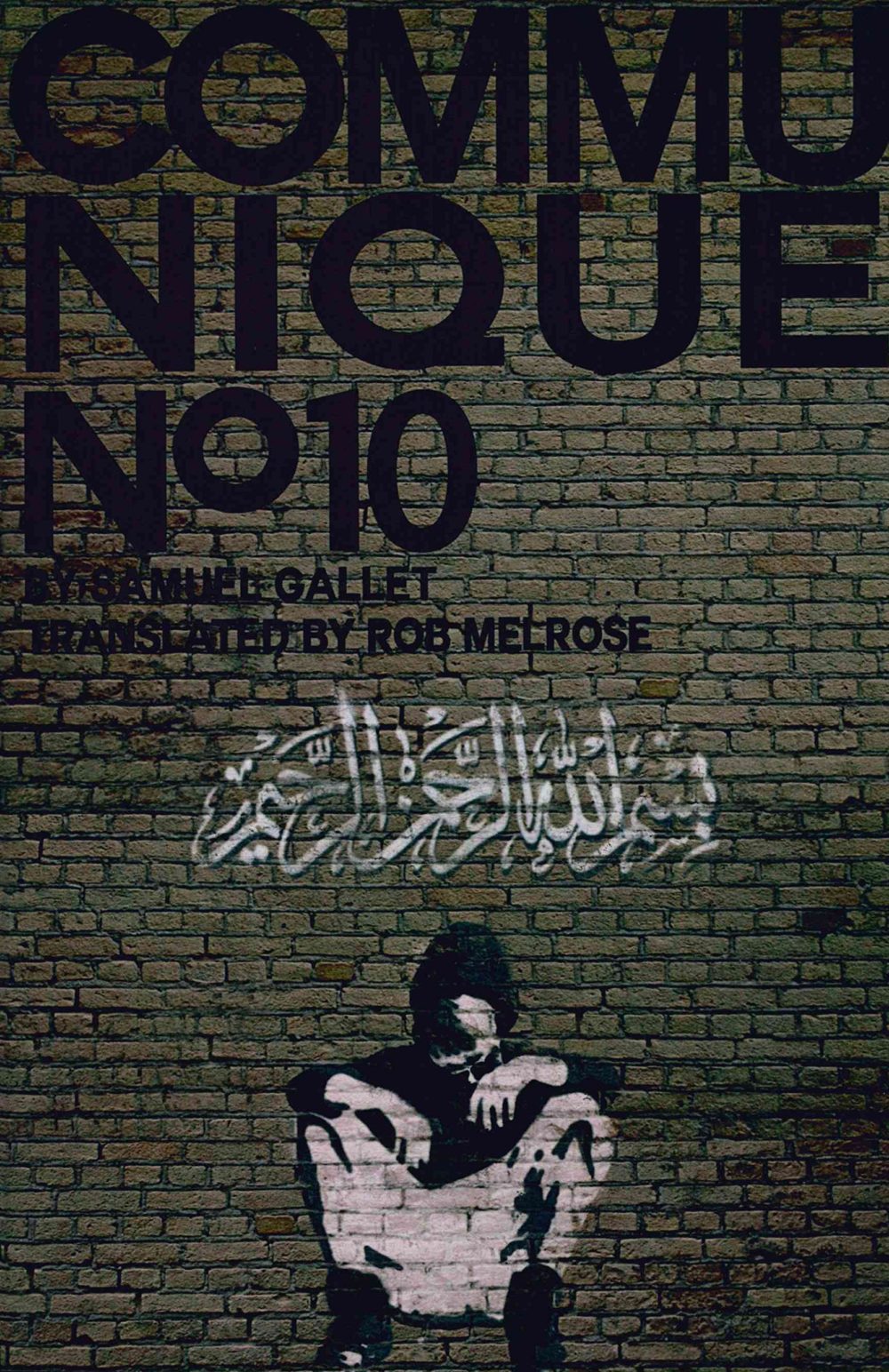